About The Kinloch Doc

Kinloch, Missouri, a town resting on life support with less than 200 citizens still residing in the area, a city budget flirting on the line of bankruptcy, corruption appearing to be the main job description for several local officials, and a few sunsets away from extinction. This once thriving all American Black city – Missouri’s First Black City and the oldest all Black city west of the Mississippi- leaves but a breath of prosperity that it was once known for.

Witnessing the erasure of predominately Black and thriving communities has been a common trend for several years. There’s “Black Wall Street” in Greenwood, Oklahoma; Rosewood, Florida; Freedman’s Town, Texas; East St. Louis, Illinois, and the list will continue to continue. Kinloch, Missouri, Missouri’s First Black Cityand the “Harlem of the Midwest” falls on this list. In a time where racial tension is extremely thick, it is important for all to understand that this racial tension did not just fall from the sky. Kinloch, conveniently located one municipality over from the infamous town of Ferguson and on the outskirts of the city of St. Louis – a town nationally known for its modern day segregation – contains a wealth of history that explains how racial division has manifested for several decades.

If one were to look up the town of Kinloch, from its wiki page to the images, what appears is not very pretty and is also very one-sided. Unfortunately, Kinloch’s history of corruption from local government, police and fire department, loss of tax base, and increased crime always takes precedence over the good that is Kinloch.

Kinloch: the first community in Missouri to elect a Black superintendent (there were 5 consecutive Black superintendents). Kinloch: Home of Holy Angels Parish and Our Lady of the Angels Elementary School – oldest continuing Black parish in the St. Louis Archdiocese. Kinloch: home of the first international air meet in October of 1910 where Teddy Roosevelt was the first President to ever fly in an airplane. Kinloch: Home of some the greats such as Dick Gregory, Jenifer Lewis, and Maxine Waters. Kinloch: a town where Black entrepreneurship was the rule and not the exception.

To drive through Kinloch today is to see despair, disbandment, dilapidation, and new development. After the merger of Kinloch, Berkeley, Ferguson-Florissant in 1975, Kinloch’s school district was no more and students were scattered throughout surrounding schools. Soon to follow was the buying up of residential property through a FAA Noise Abatement program from the Lambert St. Louis International Airport that was never fulfilled, subsequently forcing the city to lose 80% of its population over a ten year span while several efforts to rebuild the city fell through.

Currently in Kinloch there is a redevelopment plan underway, claiming the once thriving land with no plans of incorporating the remaining >200 residents that still live there in that plan. That is why it is imperative for the story of this town to be told while there is still something tangible left to grasp, while there are still homes with native residents still living in them, while there are still people who are willing to fight for this city, while the name Kinloch is still resting on a map.

Through the eyes of former/current residents, former and current local officials, and scholars, this film will show the implications of two major political decisions – a city merger and the Lambert Airport buyout –  on the life of this all Black north county suburb of St. Louis, Missouri. 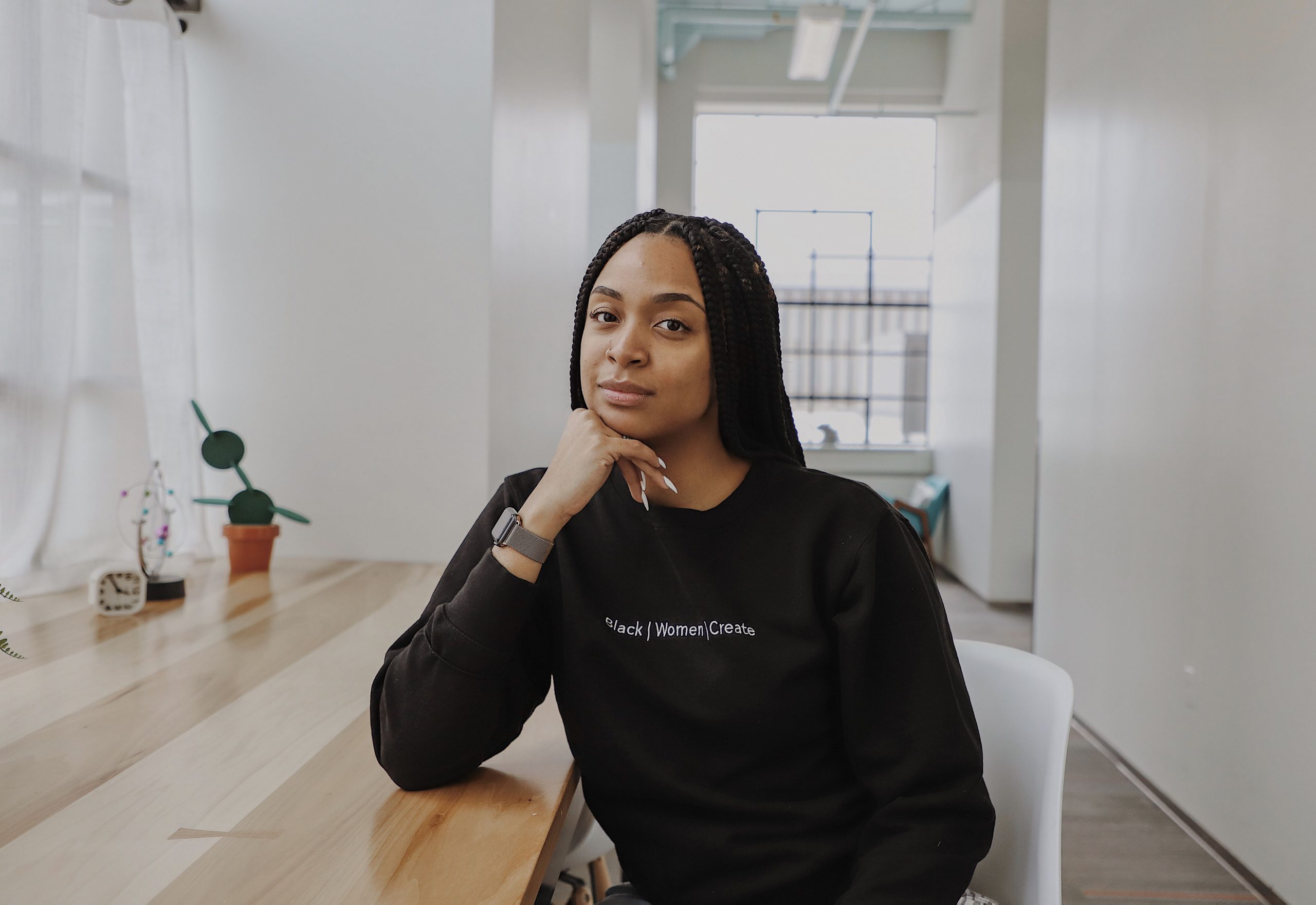 Alana Marie is a storyteller and digital content creator from St. Louis, MO. Her passion for storytelling stems from her belief in everyone having a story, everything having a meaning, and every experience serving a purpose.

Alana is a proud novice filmmaker, integrating her social work training into highlighting stories of underrepresented people, places, and spaces. In addition to filmmaking, Alana was recently accepted as an #IntheCity Artist Fellow at Harvard University for 2019-2020.